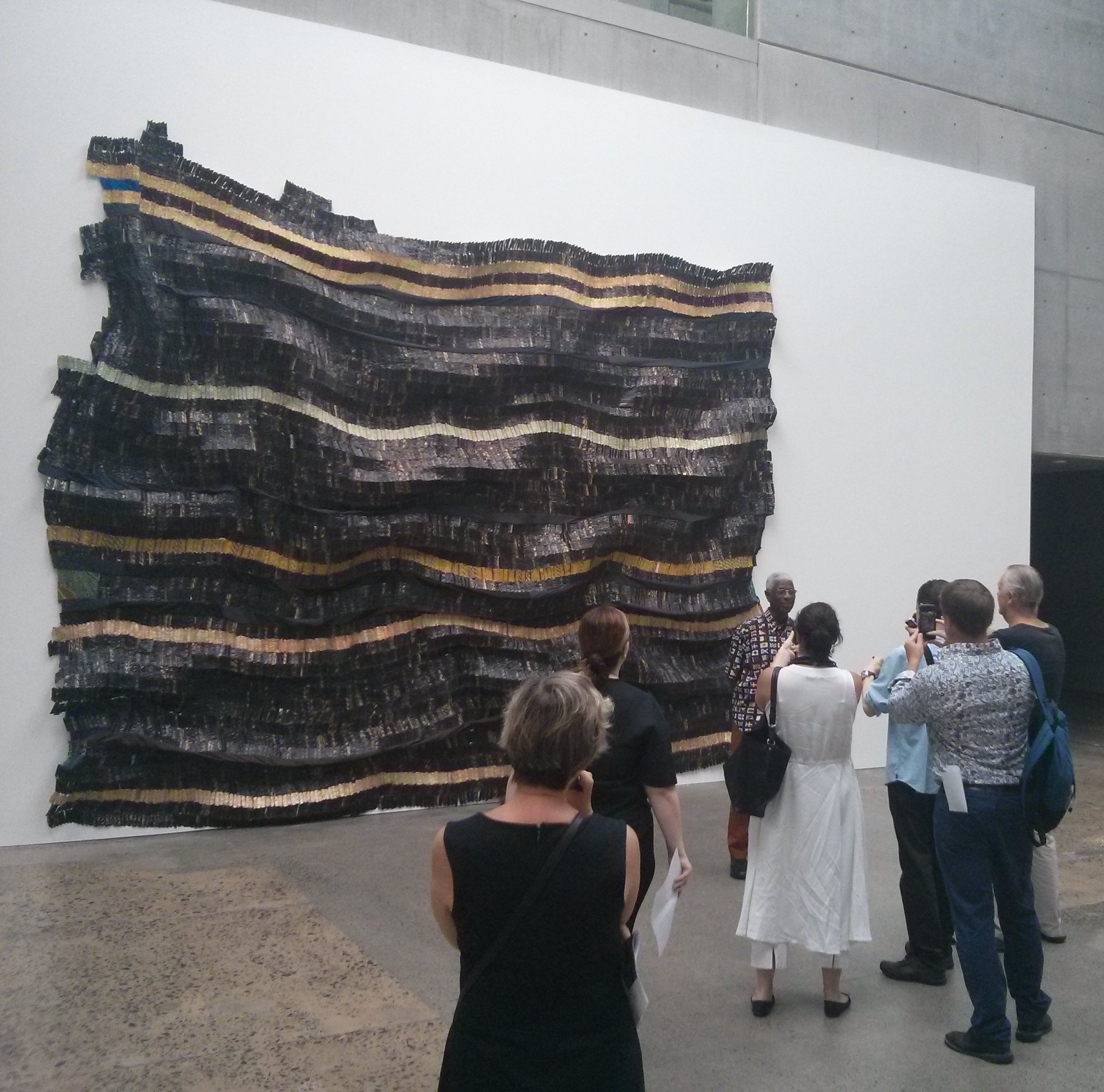 El Anatsui is making work about the primary concern of our age: the environmental catastrophe which has already begun to occur as a result of human impact on earth.  His sourcing and handling of materials speaks to a resourcefulness humans have forgotten in a capitalist age of plenty, but sorely need in order to stave off impending doom. His gathering of materials and visual devices from his surroundings, and the subsequent giving-over of control of the display of his work to curatorial staff in each varied exhibition context, bring to mind a trust of local knowledge and ingenuity that perhaps is being eroded in the face of globalisation.

The mass movement of goods is of great interest to Ghanaian-born, Nigerian-based Anatsui, and the scale as well as minutiae of his work reflects this. His works incorporate quotidian objects and while some such as those adorning the bottle caps he favours will only be recognisable to those familiar with Anatsui’s home country, others such as the ubiquitous Milo logo transcend borders. Indeed, there are certainly map-like suggestions in Anatsui’s works. A topography emerges out of the many small objects he joins and presents en masse, and different techniques are sometimes used across the same piece, inhabiting their own nation-like states yet spilling into each other as the inhabitants of nation states tend to do. 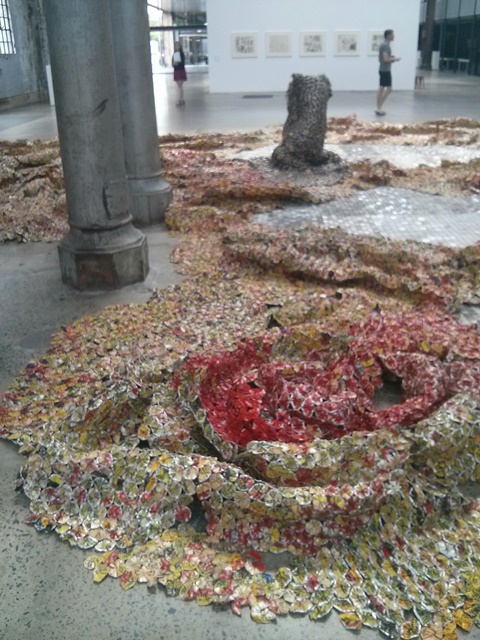 At the media viewing at Carriageworks earlier this week, Anatsui said that when the work is finished on the studio floor, that’s not the end but rather the beginning of its life as a work of art. His studio is small relative to the spaces where his works are presented, enabling works to transform as they are spread out, wall-mounted and draped in ever-new ways (he doesn’t provide presentation instructions). He seemed genuinely pleased to see pieces from the last 50 years of his practice presented amongst the soaring industrial interior of Carriageworks, as well as the newly minted Schwartz Carriageworks gallery (the result of Anna Schwartz’s recent fiscal and spatial gift to the institution).

The bottle-cap works are inspired by the idea of textiles (a practice his own family is known for) and their flexibility seems a natural extension of this. However Anatsui’s approach more generally signifies a freedom he has sought from early in his career.  While most artworks are fixed with the same image or posture for their lifetime, life itself is dynamic and Anatsui feels that art should have that property as well – to be able to adapt to its circumstances and suggest new things. He sees his work as creating data for others to use – a responsive approach perfectly suited to our current moment.